Stem cell breakthrough by Lanza and colleagues was voted the year’s top story, beating the Ebola outbreak, climate change crisis, entangled photons, cosmic inflation, as well as the year’s other science stories ranging from topics in space exploration to mathematics, technology, paleontology, and the environment.

Stem Cell Success: A field long touted for its therapeutic potential is finally producing results. Since embryonic stem cells were first cultured in the lab more than 30 years ago, researchers have talked up their therapeutic potential. The proof has been slow to come, however. “You’ve been hearing about them for decades, but where’s the beef?” asks Robert Lanza, chief scientist at Advanced Cell Technology and a pioneer of regenerative medicine.

Progress in regenerative medicine has been slow, so there was extra satisfaction in October, when two scientific teams, Lanza’s and a group led by Harvard University’s Douglas Melton, each announced advances. Lanza’s therapeutic target has been the eye – specifically, eyes failing from macular degeneration. The study included 18 patients, half with age-related macular degeneration and half with Stargardt’s macular dystrophy…not only were there no adverse effects from the transplanted cells – this was primarily a safety trial – but 10 patients showed marked improvements in vision, and the eyesight in another seven seems to have stabilized.” 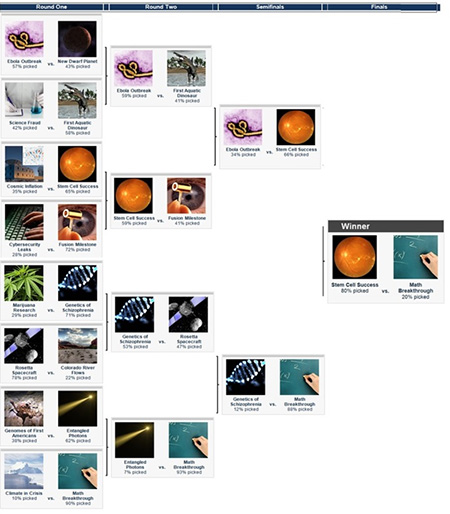