Uninformed visitors to Robert Lanza’s home, a wooden building on a 10-acre private island in Clinton, Massachusetts, might assume he was an eccentric antiquarian, obsessed with his trove of prehistoric relics. And, in part, this is true. For the past 20 years Lanza, 58, has lived alone, surrounded by a collection of dinosaur fossils, but he made his name in a different field of science, through his efforts to unravel genetic mysteries that determine the future of organic life.

Lanza is considered a leading figure in stem-cell research and is the chief scientific officer of Ocata Therapeutics, a biotech company based in nearby Marlborough. He has featured on numerous “who’s who” lists for his sometimes controversial achievements, including the first successful clone of an endangered animal, an Indian bison, in 2000. Last year, he was named one of Time Magazine’s 100 most influential people in the world. And, since October, his team has dominated science headlines following the results of clinical trials that appear to validate the use of embryonic stem cells to reverse vision loss caused by macular degeneration. 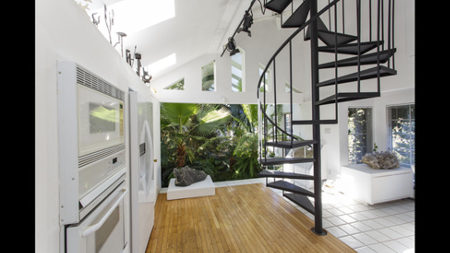 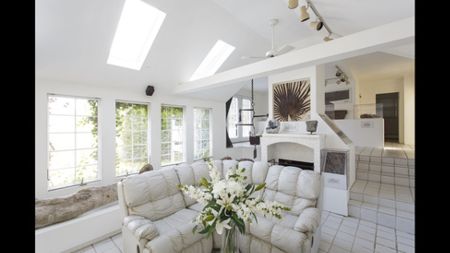 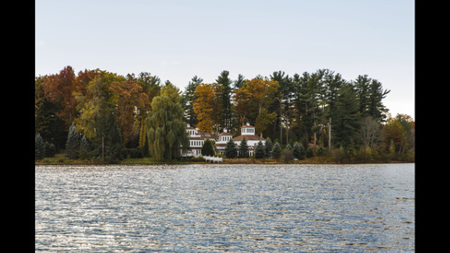 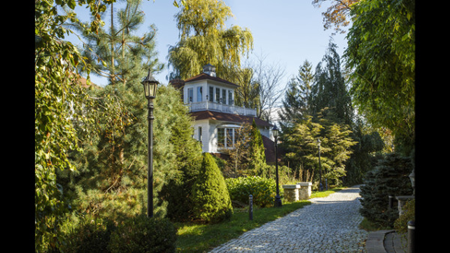 Professionally, Lanza works at the cutting edge of human discovery, but the majority of his domestic space looks like a museum from a bygone era. “You know how some people collect oil paintings, or watercolours?” he says. “I just want to feel life. You look at something and it feels alive . . . and it reminds you that there’s a lot more to life in the world than only us.”

An avid collector of ancient archaeological specimens, he has covered most of the walls of his home and much of the floor with vestiges of the past, exhibited on pedestals under glass or built into carefully constructed alcoves. Typed captions detailing age and context are posted next to every object, but Lanza has memorised the information, and as he leads the way through his pristine living room — white-tiled floors engineered to withstand immense weight, white walls and a white leather couch — he offers a breathless commentary. 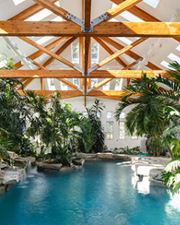 A “fully hydrated,” 800lb Brachiosaurus femur he bought from a farmer in Colorado sits like a vase of flowers on a low table beneath a window. Installed where others might put a mantel is a wide, heavy sheet of stone: a 60m-year-old “mortality plate” of deceased prehistoric fish, discovered in a pond in Wyoming. There is a nest of unhatched dinosaur eggs in the foyer; while a nook above the toilet holds a 4.6bn-year-old meteorite, discovered in Venezuela.

With its absence of clutter and emphasis on display, Lanza’s home appears to have been designed for an audience. Among the specimens, however, stacked above kitchen cabinets or free standing, are metal sculptures that chart a more personal narrative: Lanza’s long friendship with Barbara O’Donnell, his eighth-grade science teacher and “second mom,” and her husband, Gene, a blacksmith and artist. 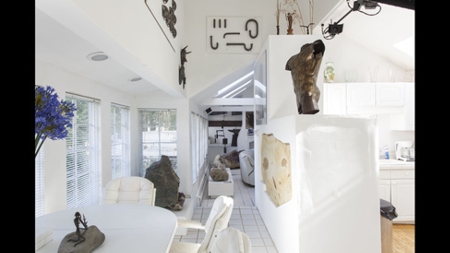 Lanza was born to devout Catholic parents in a deprived part of Stoughton, Massachusetts. His father, who played cards for a living, slept all day, so he and his four siblings were not permitted in the house until dark, and he learnt to busy himself outside with whatever natural marvels he could find. Despite his “feel for science,” he says he was victimised by the politics of the education system and by teachers who resented his natural intelligence — until O’Donnell perceived his potential.

Aged 14, he became the youngest student in the history of his school to win its science fair, and went on to win First Award at the Massachusetts State Science Fair. He had succeeded in modifying the genes of albino chickens, working under the guidance of Stephen Kuffler, founder of Harvard University’s neurobiology department, whom he had met after mistaking him for a cleaner and following him into the lab. Yet at school Lanza was criticised for his messy notebooks and received a “C” for his work on the same project. Unfazed, he went on to study at the University of Pennsylvania, and achieved an MD (doctor of medicine).

“I was once told that creativity is a delicate spark, and you can step on it very easily,” says Lanza. “But because I came from a kind of street background, I learnt to think for myself and ignore what people say. Throughout my life, you could swat me, you could kick me, it just rolled right off; whatever people doled out, I said, I’ve had way worse.”

This confidence in his own convictions has defined his career, and led him to pursue professional relationships with other revolutionary thinkers, from heart-transplant pioneer Christiaan Barnard to Nobel Prize-winning microbiologist Salvador Luria. Initially working alongside them and later on his own, Lanza has experienced moments of concentrated attention, and even celebrity, as well as criticism.

After developing the tools for a cross-species cloning technique that would allow scientists to revive extinct creatures — recreating a mammoth, for example, by taking a cell from a compatible animal, such as an elephant, and adding the appropriate genes — his team has been targeted by both environmentalists and religious communities. The former claim that his work might restore a population of animals whose habitats may no longer exist; the latter that it is a way of “playing God”.

A nest of unhatched dinosaur eggs

“There is a lot of debate about where the line is,” he says. “Do you bring a Neanderthal back? Or a dinosaur? And my position is moderate: I’m against doing anything as a science project, and I’m against creating an animal just to put it in the zoo. But as long as the necessary habitat is still in existence, then I’m in favour of using these technologies to bring a species back, to give it a fighting chance.”

Despite his high visibility in the scientific world, much of Lanza’s quotidian existence is spent in a cramped office at the back of the house. Lanza works on an outmoded desktop, while his mahogany desk, scarred with carved initials, was salvaged from Pennsylvania university’s anatomy department 35 years ago. Inside the dusty drawers is a stack of signed petition letters from 1999, supporting the then-polarising topic of stem-cell exploration — one from every Nobel laureate in the country.

Across the room, a series of framed letters hang in a neat line on the wall. “I regret that I have not written to you sooner . . . I shall be glad to talk with you on the phone upon my return to the office in mid-June,” wrote Jonas Salk, the virologist responsible for the polio vaccine. Francis Crick, who co-discovered the structure of the DNA molecule, was less accommodating. “It is nice of you to ask me to contribute to your book . . . ,” he wrote, “but at the moment I have too many other things to do. Apologies.”

Ultimately, for all its scientific curiosities, Lanza’s island is an unpretentious place. “I always wanted to live on a waterfront, but I couldn’t afford to buy near Boston,” he says. “This was a dirt hole when I found it — you couldn’t even see through the thickets to the water. But it had potential.”

He bought the property in 1995 and set to work, thinning pine groves to let in the light, clearing room for Weeping Norway spruces and Kousa dogwoods, planting rhododendrons and patches of sunflowers, and draping the trunks of his favourite tree, the European beech, in wisteria, while leaving many of its acres as wilderness.

For the pool house, he wanted to create a tropical-style oasis, using granite from a New Hampshire quarry for the pool’s basin, and edging it in ferns and split-leaf philodendrons that arch toward a ceiling of Canadian cedar beams. Although he rarely swims, he always keeps the air warm and humid, so the plants can survive all year round.

“I see it more as an artistic expression,” he says. “I like to come out here in the middle of a snowstorm and have this place that’s very alive and green — a little bit in defiance of nature.”